WAR IN UKRAINE – NO PEACE FOR EUROPE

What is at stake for Russia and what for Europe?

Misha Glenny arrived just in time for the European Zeitenwende in Vienna in May 2022, when he took up his new post as rector of the Institute for Human Sciences. For decades the Viennese thinktank has built a reputation to collect intellectual voices from Eastern and South-eastern Europe. A task that has never been as important than right now, when relations between Russia and the West, but also the regions in between are feeling the tectonics shifts created by the war Russia’s president has unleashed on the Ukraine.

The biggest question of the coming months will be how this war affects not only the Ukraine itself, but also Russia and Europe. While the Ukrainian government, its army, soldiers, and civilians are struggling to resist the Russian invasion, the West and in particular European capitals must stand united and defend democracy. Misha Glenny will argue in his conversation with Tessa Szyszkowitz what is needed – also in areas where Russia and the EU are struggling for influence, the Western Balkans for example.

Plus: Russia attacked Ukraine not only for geopolitical interests, as Glenny will also reveal.

Misha Glenny is a British author, journalist and specialist in organized crime, cybersecurity and Eastern and South-eastern Europe. He served as Central Europe correspondent for The Guardian and the BBC. His acclaimed book McMafia: A Journey Through the Global Criminal Underworld was adapted into a BBC drama. In May 2022 he was appointed rector of the Institute for Human Sciences in Vienna.

Tessa Szyszkowitz is a foreign affairs commentator for Falter and a London correspondent for profil & Cicero. Her last book was Echte Engländer, Britain & Brexit (2018). She is also Senior Associate Fellow at the Royal United Services Institute in London. 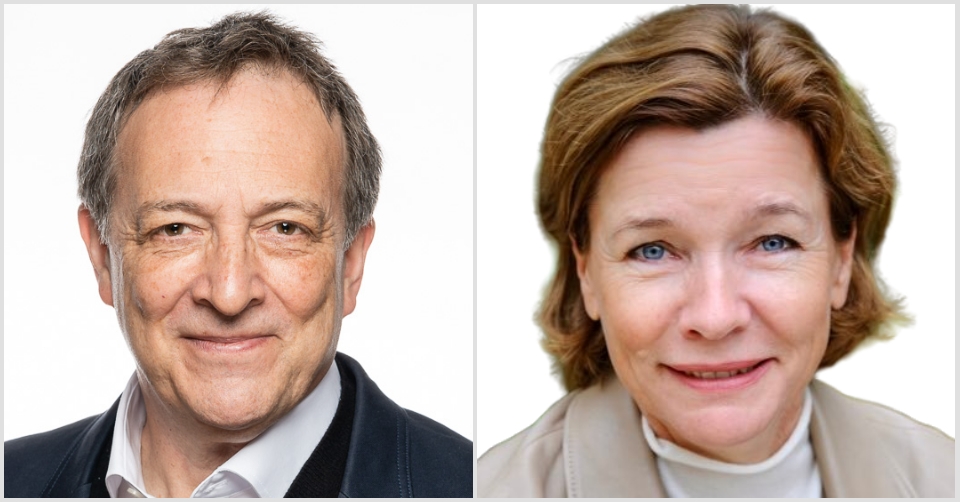 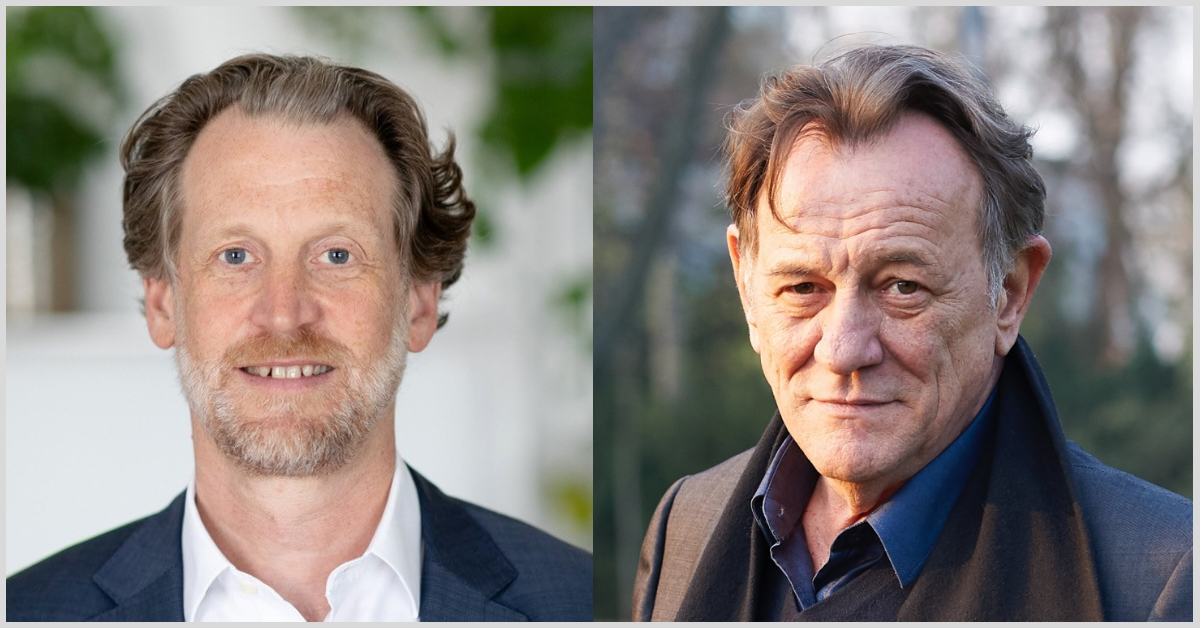 The death of a detained young woman in Teheran who had been arrested for ‚bad hijab‘ has provoked demonstrations which started in Kurdistan – Mahsa Amini was Kurdish and Sunni – but evolved into nationwide protests of the Iranian civil society against the enforced rules by the Islamic Republic’s regime and against the system in general. It is a particularly sensitive time for Iran because the end of Ali Khamenei’s leadership era is foreseeable. A normalisation of relations with ‚the West‘ through a reactivation of the nuclear deal (JCPOA) has failed so far. Tensions are intensifying because of Iran’s ‚alliance‘ with Russia.

Erzsébet Rózsa is a Professor at the National University of Public Service, Budapest and a Senior Research Fellow at the Institute for World Economics of the Hungarian Academy of Sciences. She is also an External Fellow at the Institute for Foreign Affairs and Trade, Budapest. Her fields of research include the political, security and social processes of the Middle East, Egypt, Iran, the Iranian nuclear debate, nuclear non-proliferation, as well as the Euro-Mediterranean cooperation institutions. Erzsébet N. Rózsa holds an MA in Arabic Studies, Iranian Studies and English Studies, and a PhD in International Relations. 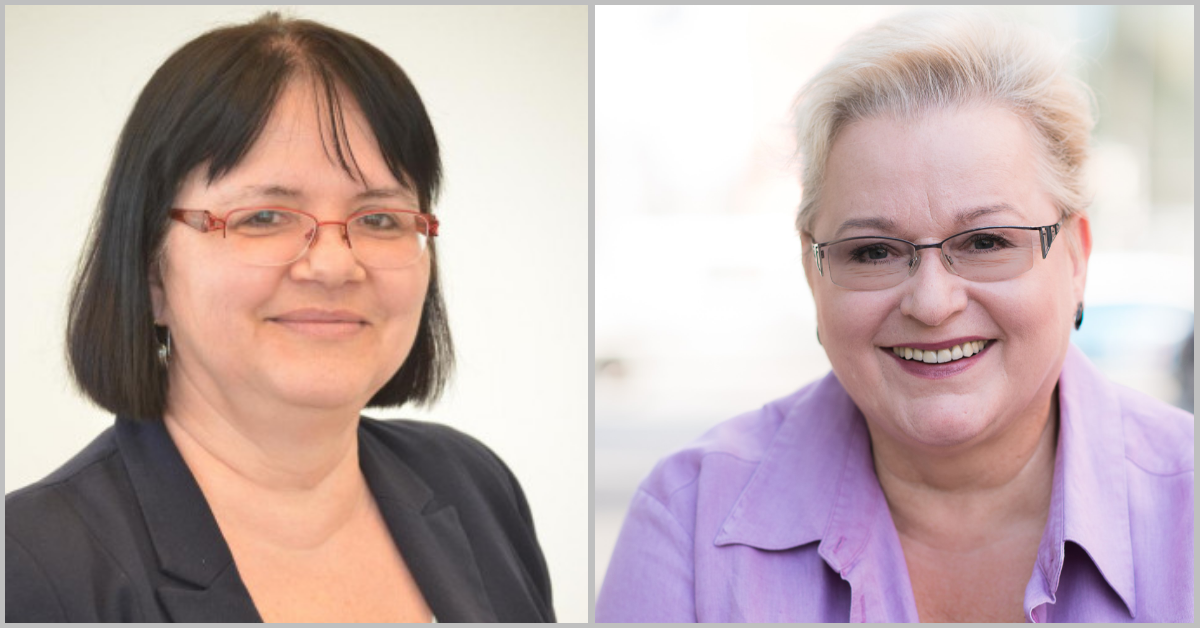 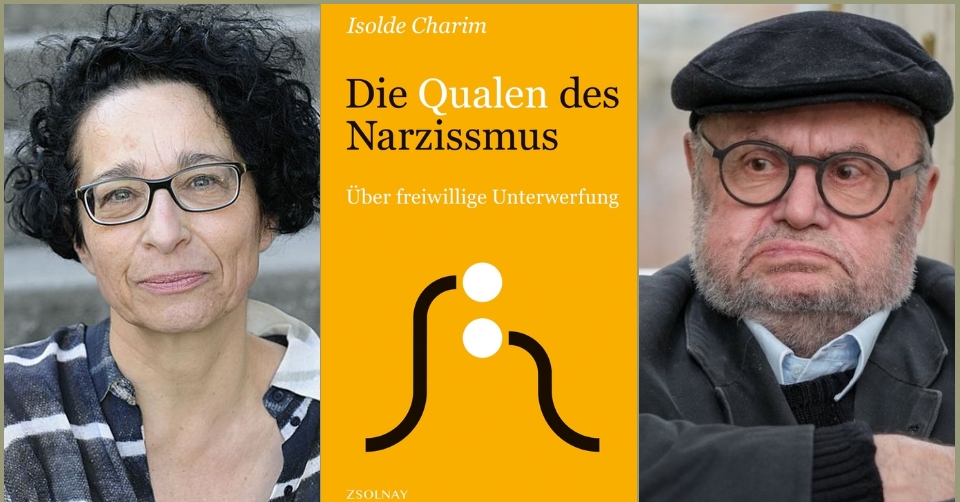 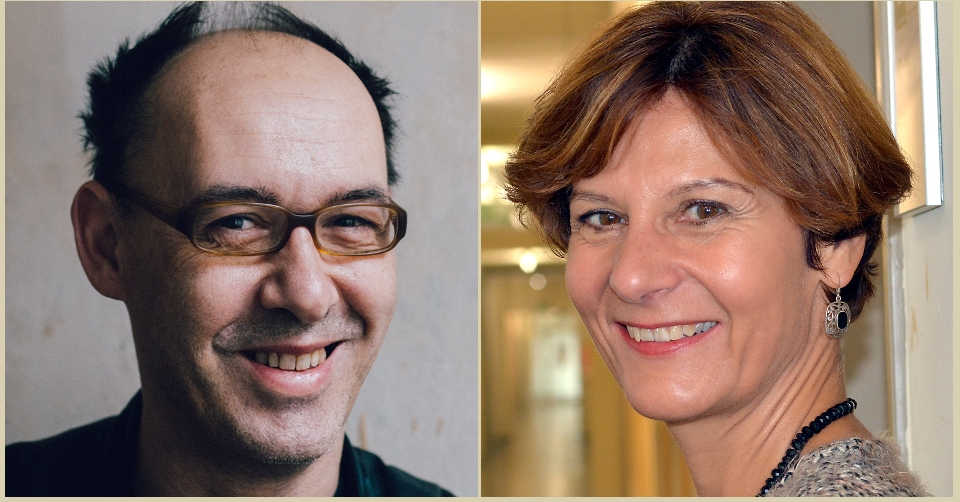 MIDDLE EAST: REALISM VS. PRICIPLES IN US FOREIGN POLICY

At the core of a US policy debate over the Middle East lies the question of how to best ensure regional stability and protect US interests. Lost in the debate is whether the cost of maintaining stability by supporting autocratic rule is lower in the long term than the upfront expense of adhering to human rights principles, pluralism, and transparent and accountable governance that would initially alienate Middle Eastern partners.

For a long time, the United States have been supporting autocracy at the expense of making greater transparency and accountability cornerstones of cooperation with Washington.

The short-term benefits are obvious but so are the wounds that fester because they are not properly treated, causing greater turmoil and costs further down the road. Moreover, the approach that juxtaposes US actions against US rhetoric makes US pledges of adherence to values ring hollow at a time when credibility may be a major determining factor in the rivalry with Russia and China.

While neither China nor Russia is willing or able to replace the United States as the region’s security guarantor, regional alliances, particularly with Israel, may compensate to a degree for uncertainty about US reliability but are fraught with pitfalls. Gulf states are a long way away from being able to shoulder full responsibility for their defense, which in the case of the smaller states may never be achievable, even if there is a greater emphasis on building domestic arms industries.

James M. Dorsey is an adjunct senior fellow at the S. Rajaratnam School of International Studies at Singapore’s Nanyang Technological University, a syndicated columnist, and the author of the blog and podcast, The Turbulent World of Middle East Soccer. As a journalist and scholar Dorsey focuses on the geopolitics of Eurasia, political and social change in the Middle East and North Africa and its impact on Southeast, South and Central Asia, as well as the nexus of sports, politics and society. 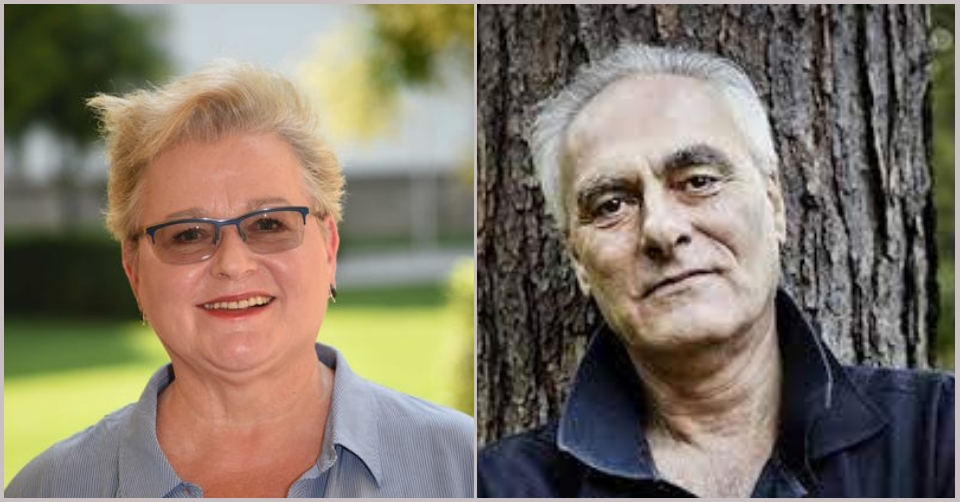 CHINA AND THE NEW INTERNATIONAL ORDER

The rules-based international order – that the EU is particularly keen to  uphold – is under pressure, and not just since February 2022. Balances of powers are shifting as war continues on European soil,  an global gas and food prices are rising.  Regional powers and regional international organisations – such as the Shanghai Cooperation Organisation – that were long deemed of secondary relevance by the European political establishment – seem to grow in self-confidence and international agency. China’s role in all of this is pivotal.

Our conversation will explore what exactly are China’s interests today and what tools and allies Beijing has to advance them.

Joseph Liow Chin Yong is Tan Kah Kee Chair in Comparative and International Politics at Nanyang Technological University (NTU), Singapore. He is Professor and former Dean at the S. Rajaratnam School of International Studies, and currently Dean of College of Humanities, Arts, and Social Sciences at NTU Singapore. His research interests encompass social movements in Southeast Asia and the geopolitics and geoeconomics of the Asia Pacific region.
Joseph Liow Chin Yong is the author, co-author, or editor of 14 books. His most recent single-authored books are Ambivalent Engagement: The United States and Regional Security in Southeast Asia after the Cold War (Brookings 2017), Religion and Nationalism in Southeast Asia (Cambridge University Press, 2016) and Dictionary of the Modern Politics of Southeast Asia, fourth edition (Routledge, 2014). A regular columnist for The Straits Times, his commentaries on international affairs have also appeared in New York Times, Foreign Affairs, Foreign Policy, National Interest, Nikkei Asian Review, and the Wall Street Journal. 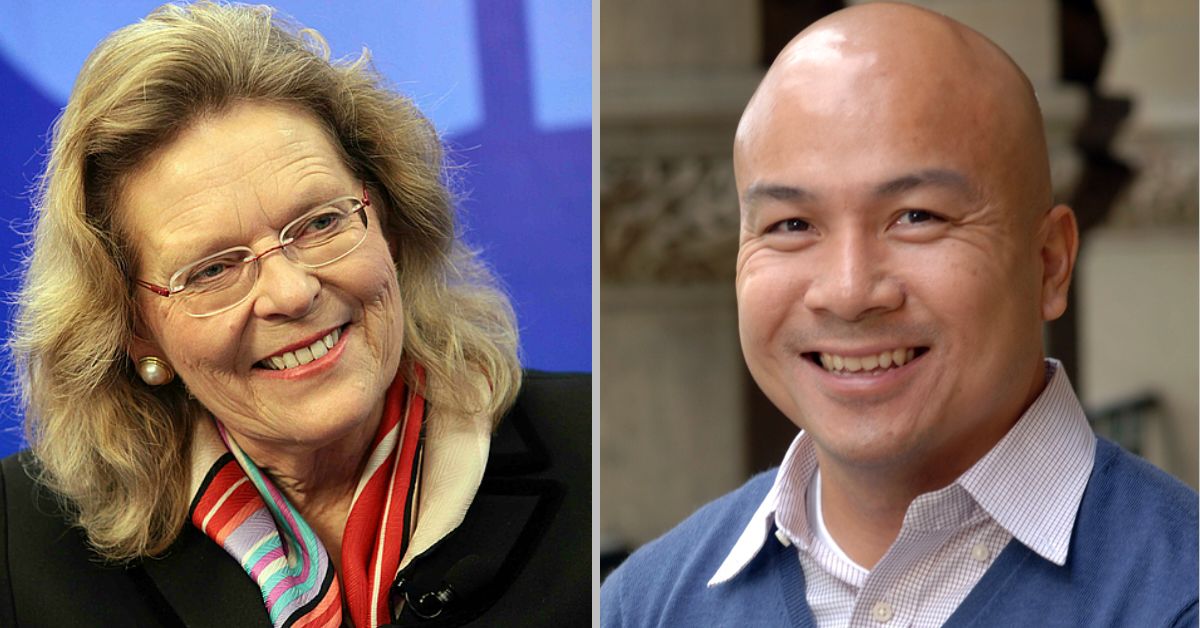 Historically, Jordan has played a wider regional role as part of the security order in the Gulf States and as a main player in the Arab-Israeli conflict building on its strong ties with the West. However, there are new dynamics in the region. With the rise of the Gulf States there is no longer the need for Jordanian support. Meanwhile, Israel is not paying the same attention to the role of Jordan as it did previously because of the systematic shift in Israel towards the right. Consequently, changing priorities in the Gulf and Israel have led to changes in and challenges to Jordan’s geopolitical and strategic role, especially as developments, such as the Abraham Accords, have shifted the focus to other regional players. This reflects a wider regional dynamic in which we are witnessing a movement away from a confrontational approach between separate camps to one of fluidity between conflicting axes.

The discussion with Oraib Rantawi will seek to cover how Jordan can maintain its role in a changing regional environment, considering the role of Jordanian domestic challenges and questions of the priorities on the Jordanian foreign and defence policy agenda.

Oraib Rantawi is the founder and director general of the Amman-based Al Quds Center for Political Studies and an established writer and columnist. He has authored and edited several strategic studies and organized and participated in seminars and conferences in Jordan and internationally. He is also a frequent commentator and analyst on television and has produced his own show “Qadaya wa Ahdath” (Issues and Events). 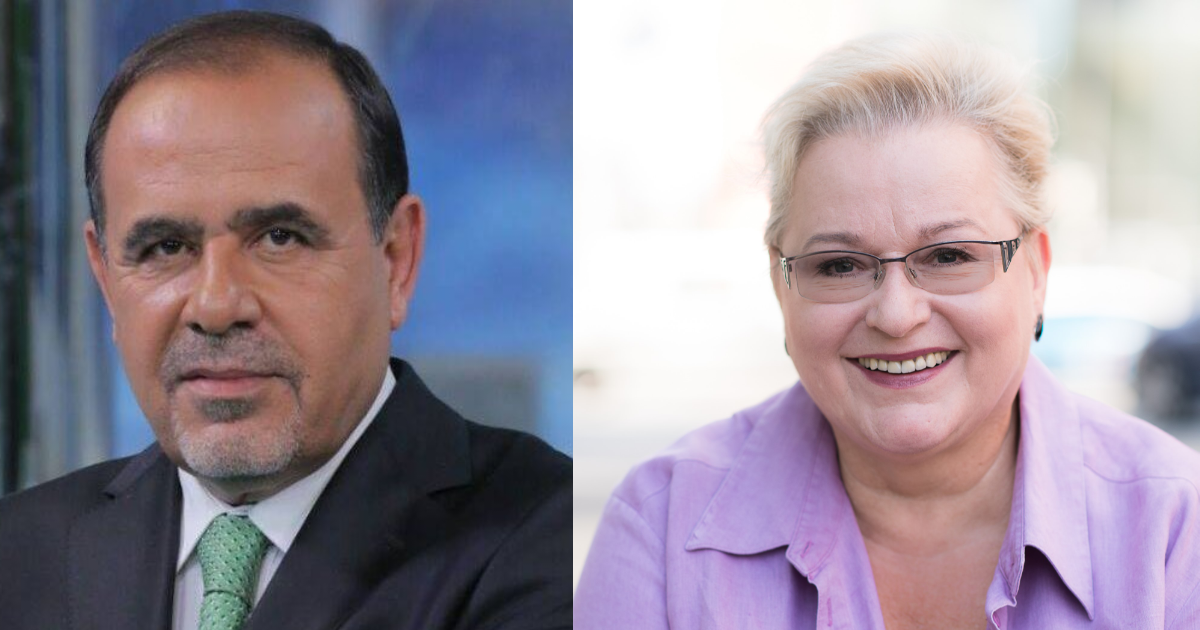