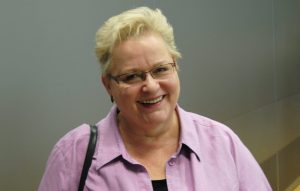 The „Arab/Middle East Changes“ series curated by Gudrun Harrer was established in response to the upheavals in the Arab world during and after the revolutions of 2011. The multi-faceted programme covers a wide span of aspects: The presentations held by renowned experts range from developments in individual Arab states to broader issues such as democracy, authoritarianism, demography etc. A special focus is placed on countries in which the “Arab Spring” led to upheavals and revolutions and/or was subsequently followed by armed conflicts, which are dealt with at regular intervals and examined from various angles. Occasionally, the concept of „Arab Changes“ is expanded to also include topics that are not “Arab” per se but which have an impact on the wider MENA (Middle East North Africa) region. In this context, a concise series of lectures dealt, for example, with the Middle East policies pursued by the USA, the EU, Russia and the UK within the context of Brexit. Other topics addressed included the Kurdish question or Turkey. The challenges posed to Islam by Islamist extremism of the Al-Kaida type or the Islamic State are occasionally dealt with in lectures focusing on Islam, also considering their reception by the West.