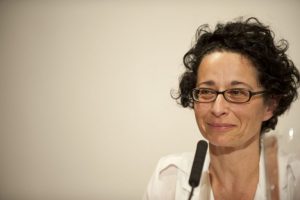 The question of whether the current changes in the democratic system can actually be dealt with within the context of the concept of „post-democracy“ marked the starting point for this series of events. The scepticism voiced with respect to considering „post-democracy“ merely as a pure history of decay, as a decayed version of what used to be a genuine, intact democracy, has been confirmed. Although the concept of „post-democracy“ hints at the crisis phenomenon democracy is currently confronted with – it is, at the same time however, precisely this concept that obscures the view of the specific changes democracy is currently undergoing.

That said, are we thus facing a crisis of democracy, or even the risk of an imminent end of the „success model“ of democracy, if its supporting pillars – i.e. the separation of powers, freedom of the press and the protection of minorities – are threatening to crumble and collapse?
For some time now, the series has dealt with phenomena that call democracy into question. While in the past, the issue of new democratic resources was the centre of interest, current political developments have led to a shift in focus towards imminent forms of decay that threaten democracy. This decaying democracy is generally referred to as „illiberal democracy“.
In the past, democracy and authoritarian rule were opposites. Today, we are confronted with hybrid forms, such as illiberal democracy, which combines elections and parliament with authoritarian practices. Being a mere sham, they call themselves – most misleadingly – democracies. As, indeed, mere formal democratic procedures, such as elections, do not suffice to safeguard and ensure democracy as a political form. What is key here, is rather the way in which excessive power is dealt with.
In this context, the series “Demokratie Reloaded” (Democracy Reloaded) analyses current developments – not as a crisis of democracy, but as a „disintegration of orders“, as a new social division whose effect is felt in the most diverse areas: in the relationship between individuals and society, with respect to the new media situation, with a view to religions, and in relation to the issues that have emerged in the context of refugee movements.