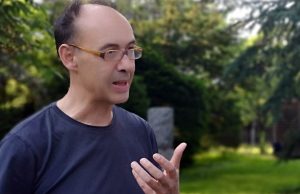 Which direction should the democratic left in Europe take? This question has emerged not only since the aftermath of the financial crash of 2008 and against the background of the generalised austerity policy. It is indeed not only economic concepts that are viewed controversially within the left today, but the questions to be addressed also relate to which type of organisational form is still in keeping with modern times. New movements are emerging, but at the same time pose a challenge to traditional social democracies. Often citizens have the impression that all life has drained out of the classic parties of the labour movement. Modernization concepts have often achieved exactly the opposite of what their initiators had hoped for: the parties’ grassroots, their traditional base of voters and supporters has eroded. In Greece, social democracy has already been replaced by a new left-wing force, while in other countries new left-wing parties have emerged as its rivals. Across Europe it is thus necessary to form alliances and unite across party boundaries, but also across the fault lines of political culture. Is there a basis for a colourful, diverse progressive mosaic in Europe?

The questions that have been discussed in the context of the „Genial dagegen“ (Ingeniously opposed) series since 2005 largely revolve around three major questions:
What is social change doing to our society – and how is it shaping the working society of the future?
What are the intellectual foundations of and the practical proposals to be put forward by a leftist economic policy that seeks to guarantee economic equality, prosperity for all and more security in the future?
And which political forces may be the driving force that will improve and advance society in the future?