A Window on Russia 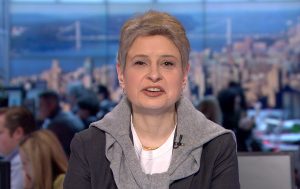 When in February 2022, Vladimir Putin ordered Russia’s “special operation to prevent genocide” in the self-proclaimed republics of Donetsk and Luhansk on the territory of Ukraine, not only European but also global geopolitics have changed dramatically. This military assault, which the Kremlin insisted was not a “war” on the whole of Ukraine, had become a stark resolution to the last fifteen years of Putin’s foreign policy that was animated by militancy, defensiveness, and suspicion.

Russia has had uneasy relations with the hardly-threatening European Union, which the Russian president now accuses of malicious attempts to undermine his country. Along with NATO, which eastward enlargement has been declared an existential security threat, the West is seen as much of an enemy as it was the darkest days of the Soviet Union.

In his efforts to confront the West for its perceived “meddling” in Russia’s traditional sphere of influence—countries of the near-abroad such as Ukraine, Belarus, Georgia, and Moldova—Putin has been essentially denying independence to these nations: Attacking Ukraine, keeping Belarus’ own strongman Alexander Lukashenko fully dependent on the Kremlin favors, intimidating Moldova and Georgia and more. It is not NATO’s military power that the current Kremlin finds so alarming; the real threat is the alliance’s real potential to bring these countries fully on its side. Creating a precedent for the democratization of post-Soviet space has been a nightmare scenario for Putin and his apparatus, many his former KGB associates.

As in Soviet times, the main task of today’s ruling elite is to preserve their controlling political and economic regime, built on restrictions and oppression in the name of national security and “defense” against the decadent West, whose only goal is to “eliminate” Russia.

Year 2022 marks Russia’s exiting the world stage, leaving us only a small window to peak in. In discussing the country’s way forward either under Putin or even considering potential change in the Kremlin leadership, one should understand that it is not a guarantee that the all-powerful security forces that has received full control and domination over society in the last decades, will give up Putinism, even without Putin. Therefore, interactions with the countries of near-abroad will continue to be filled with animosity and uncertainty, while relations with the West will remain strained at best and warring at worst.